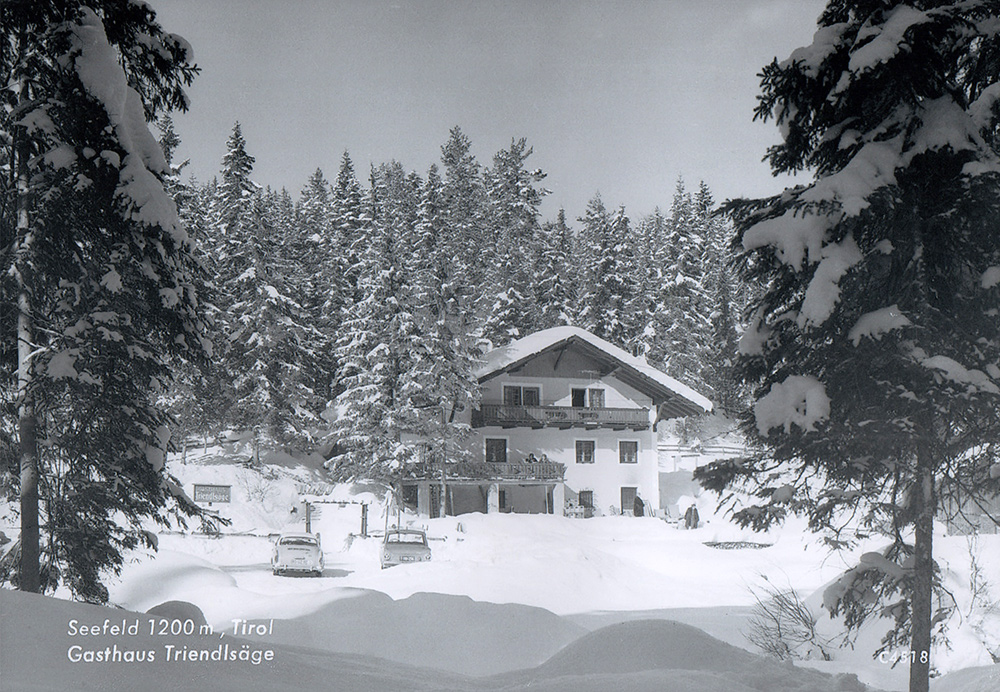 Founded in 1812 by the great-great-grandfather, ADAM-SAW was renamed "Triendlsäge" in 1937 by my father Johann Triendls. Originally the saw was operated with the water wheel, where in 1923 a water turbine followed and in 1948 electricity was first generated. Then followed the opposite private house, today's "Waldgasthaus Triendlsäge" which was gradually expanded by tourism in 1954 to "Jausenstation Triendlsäge". Since then, attention has been focused on catering and secondarily on cutting logs in the saw. In 1987, I took over the inn from my parents, where in 1992 I carried out a necessary extension of the hydroelectric power station. Today we still supply the inn with own stream. In the spring of 2000, the old sawmill was rebuilt in its original state and today serves various events. 2004 saw the construction of the small ALM, which was removed from the small maple soil in the Karwendel Nature Park and takes its place here in a small loving form.